Those of you who have been to my father's house in Holland, Massachusetts might be interested in seeing these pictures of the flood. From what my father and my sister (who lives across the street from him) say, this is more or less what happened.

It's been raining pretty steadily for about a week, and last night the water was just under the bottom of the bridge that goes over the river leading from Hamilton Reservoir. Overnight they got four or five more inches, which caused it to reach the bottom of the bridge, which at that point became an obstacle to the water, causing it to rise a couple of feet until it was over the top of the bridge. The dam/spillway that normally controls the water flow from the reservoir down the river was likewise underwater.

The water has receded somewhat now. The bridge is damaged and unsafe, and generally roads all through town are in very poor shape, most steep driveways are washed out, etc. However, everyone is fine and both my father and my sister's houses came through unscathed and unflooded. 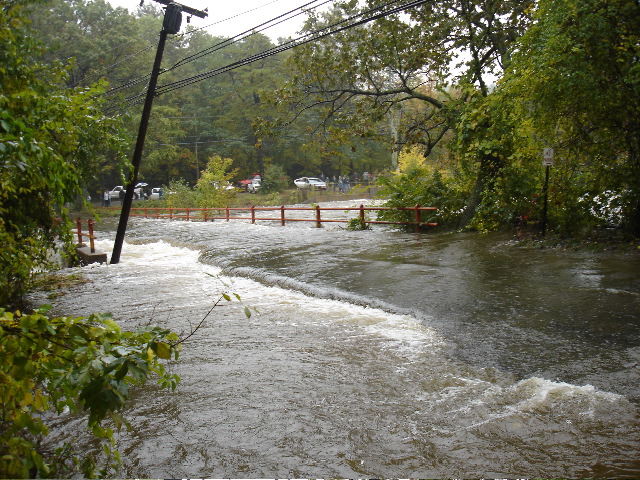 My sister says: "The water is starting to recede now, so I think the worst is over. And the telephone pole continues to hold, so we still have power. Pretty wild stuff, though!" 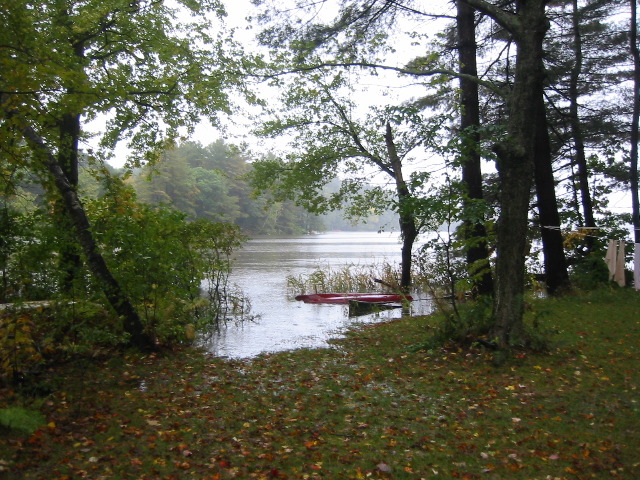 My father comments regarding this picture: "Boats are under water and docks are floating by." 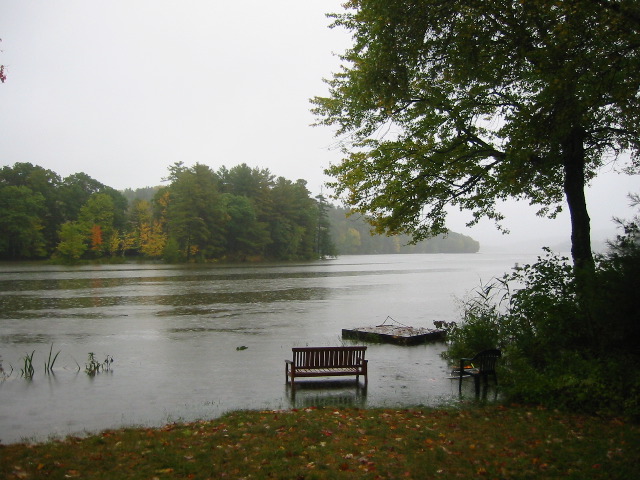 My father comments on this picture: "Here's the view. The irises to the left are usually a foot above water." 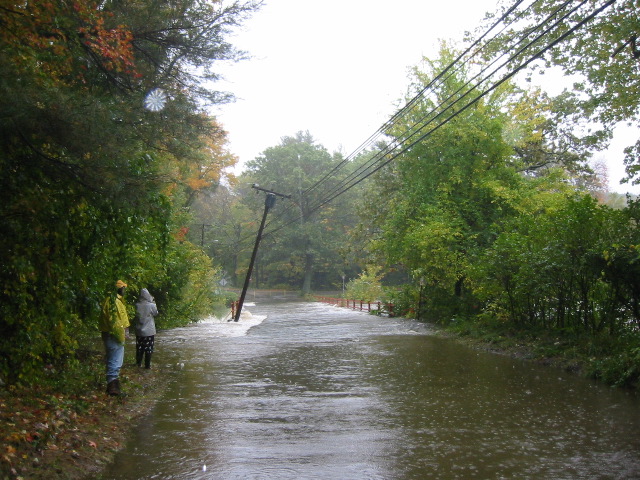 My father comments about this picture: "There is a torrent of water below the dam. Only a foot or two of the spillway is visible. The bridge is under water." 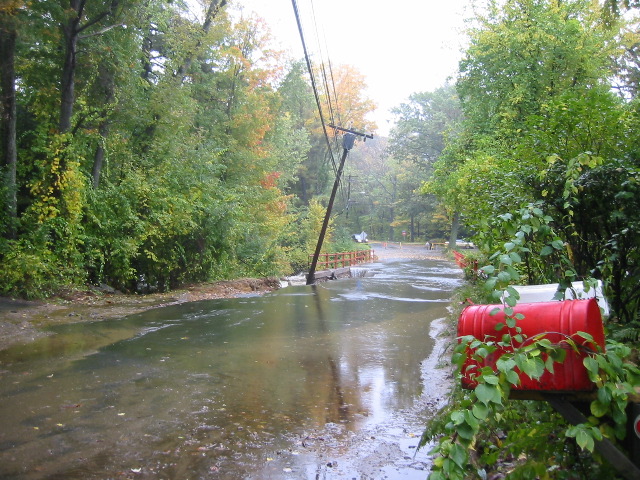 My father says of this photo: "A hole has been worn in the road, and water is cascading through it." 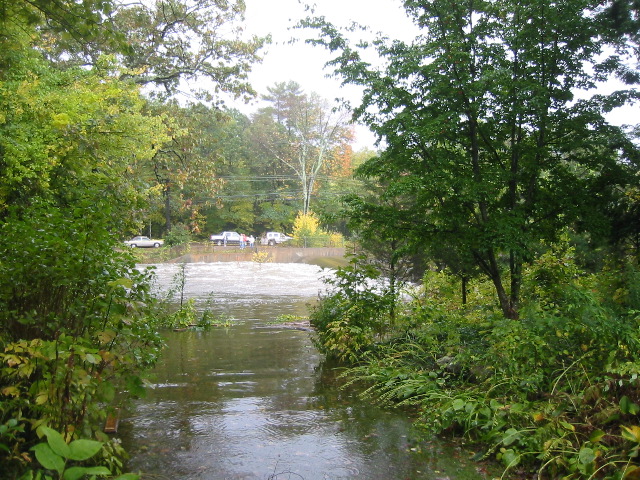 My father comments: "The water below the spillway reaches nearly to the top of it." 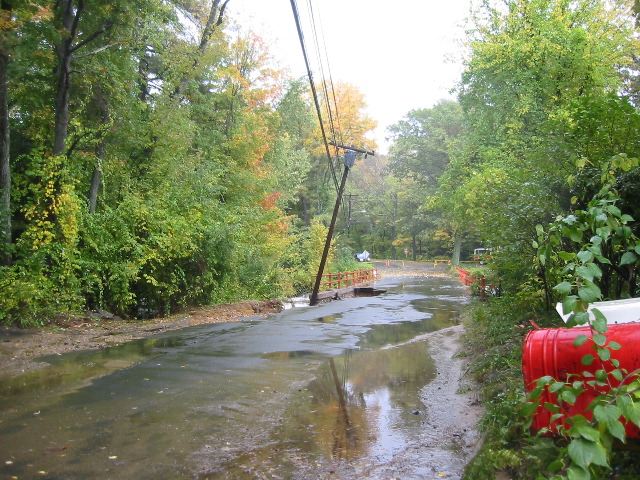 My father comments: "Things are looking better, but it's hard to tell what's holding up the electric pole."
Tags: flood, holland
Subscribe