On Friday I left work early, at noon, to go to a dentist's appointment -- I went to the dentist for the first time in many years last month and learned that I had a small cavity. So after a little cleaning I got the cavity filled. This all went fine.

After that, I headed to Fabric Place in Warwick and got some 39-inch #8 circular needles to replace the busted 24-inch ones I broke on Thursday. While I was there, I stopped by the Barnes & Noble and picked up the latest Harry Potter book on tape.

fire_truck_yeah for dinner at Rasoi, a fairly new Indian restaurant on Hope Street. I had the chicken chittinad, which was very spicy and excellent. After that, we went over to

plant_geek's house and we all headed to the Rustic Drive-In in North Smithfield for the 8:30 showing of the Simpsons.

The Simpsons movie was good -- I agree with other people who have commented that it was more like a long TV show than a movie as such, but it was a very good long TV show, and I had a really good time.

Then it was home and to bed.

Yesterday I slept pretty late and puttered around the house for a bit before packing a sack lunch (almond butter sandwich, peach, almonds, bottle of water) and walking from Wayland Square to Prospect Park, which is a nice little walk. Then I walked back, went home, took a bath, had some dinner, and headed over to the Mediator to see the Providence Wholebellies play. The Wholebellies is a large, amorphous music group centered around Chris Turner and his wife Rachel Maloney (who respectively play harmonica and fiddle, though both also occasionally play other instruments) and featuring a somewhat random group of 5-15 musicians. They play without amplification and there's always a lot of dancing, singing along, and so on. (At this particular show there was another, less common, feature; there were some kids up on the balcony and they started throwing a rubber chicken down into the crowd below.)

Enough people asked me why I didn't bring my accordion that at the first intermission, at 9 pm, I drove home (the Mediator's maybe a 3-5 minute drive away from my apartment) and got it and played for the second set, which went from around 9:15 to 10:30. Partway through the set a friend of Chris and Rachel's from North Carolina (where they used to live) showed up with another accordion; between his and my keyboard accordions, and Wholebellies regular Phil Edmunds's button accordion, there was a lot of accordion-playing going on. Then, for the last song, Rachel switched from fiddle to button accordion.

I had a really good time. Here are a couple of pictures of people doing the Circle Dance:

Then I went home and went to bed.

Today I think I'll pack another sack lunch and head to Wickenden Street. I'll put up posters for Thursday's show at Nick-a-Nees, then have some lunch, then maybe head to Thayer Street for more postering ... maybe I'll bring my guitar and do a little street playing while I'm at it. We'll see how it goes! 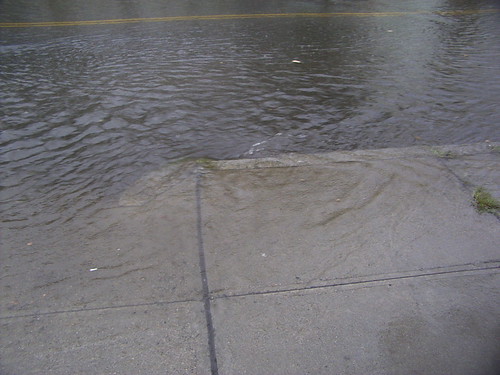 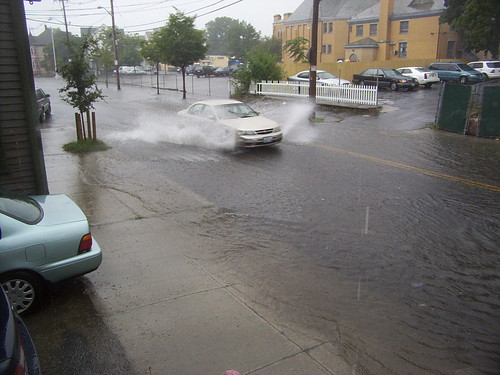 Maybe I will go out and hang up posters another day. For now: netflix (The Wicker Man) and knitting.
Collapse