having woken up, and not really feeling like going immediately back to bed, is it worth going outside and doing a round of shoveling?

Answer: probably not, but it can't hurt.

An update on how this works out for me will be forthcoming.

Yeah, pretty pointless -- there was maybe an inch of snow and we're supposed to get 10-18, so I doubt I'll even be able to tell when I get up next that I did anything (especially since it's supposed to be pretty windy too).

Anyway, I took a few pictures. They probably aren't that interesting except as a comparison with whatever comes later. 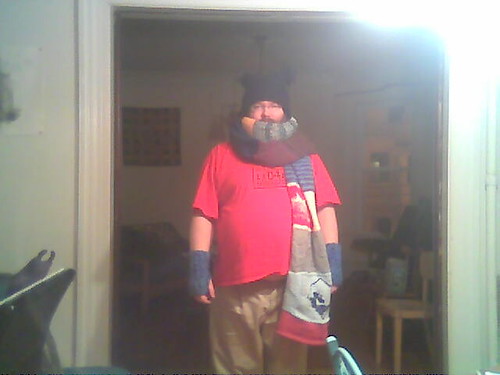 Here's how the scarf is used. The half-gloves weren't all that useful, so I will have to find my real gloves. 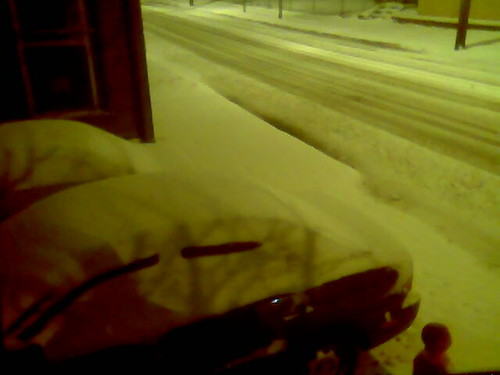 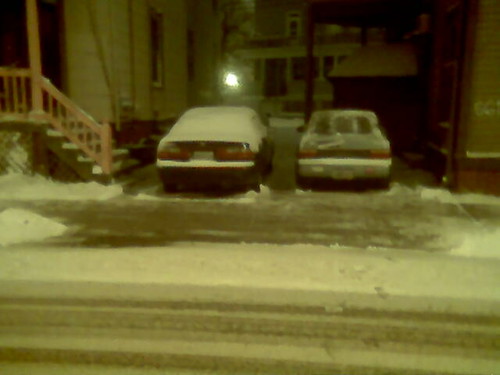 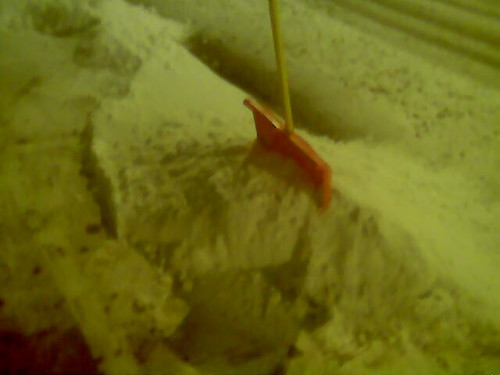 Here we have a pretty pathetically small pile of snow.
Tags: providence
Subscribe