As advertised, there was a street painting festival today. It was located in the ice rink downtown. I took a bunch of pictures. 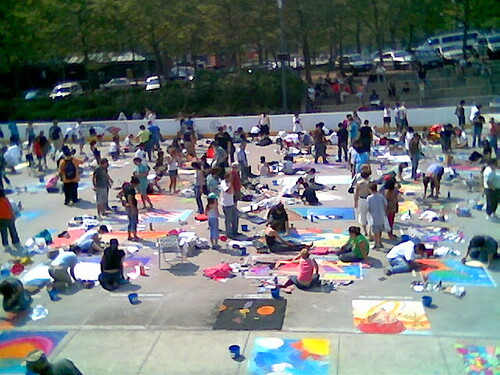 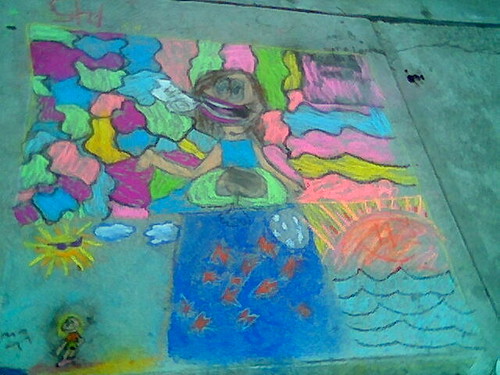 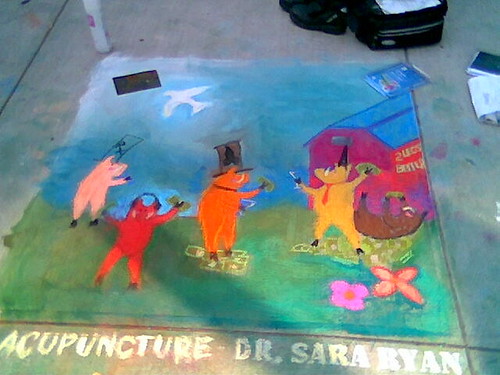 I'm not sure why Dr. Sara Ryan picked this scene from Animal Farm, but I'm not going to argue with an acupuncturist. 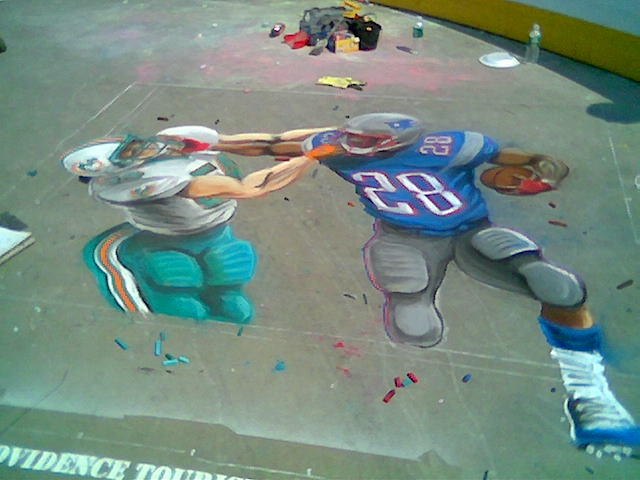 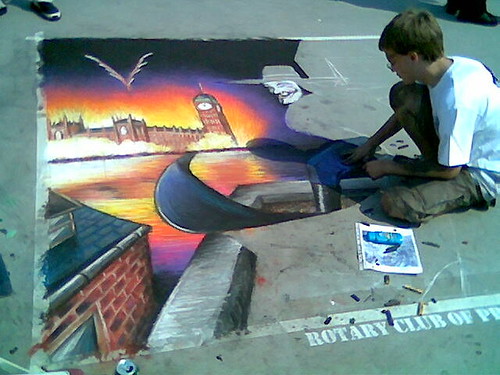 I think this is from 'V for Vendetta'. 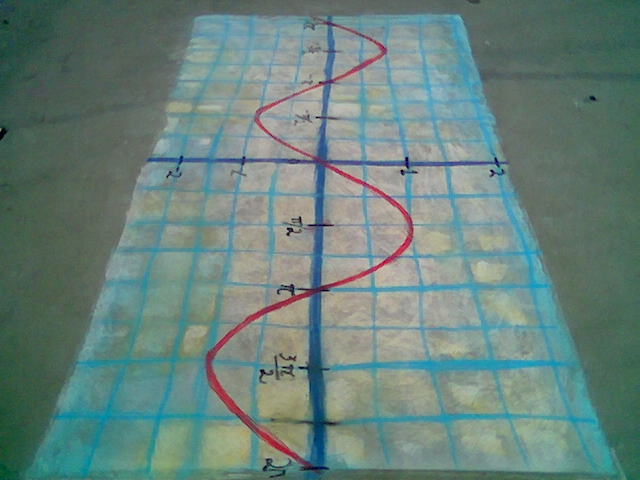 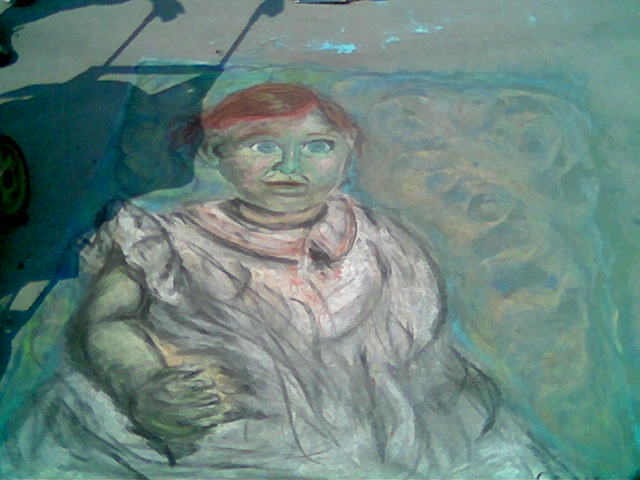 I don't think skin should be this color. 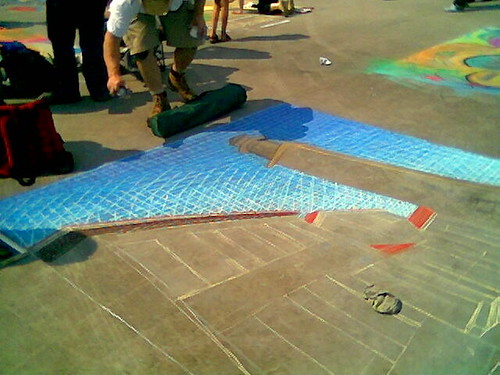 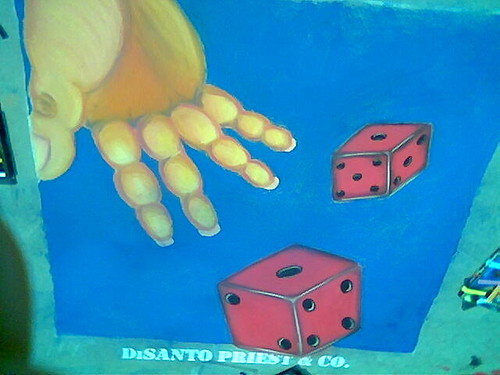 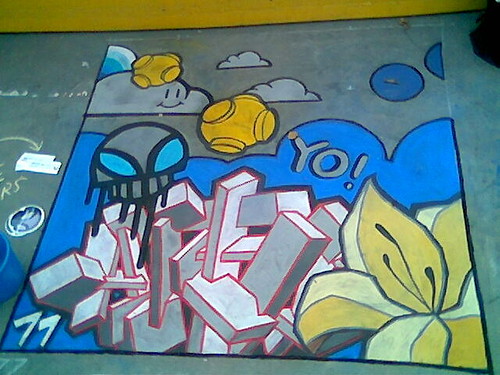 I salute this drawing's cheerful rejection of any kind of need to make sense. 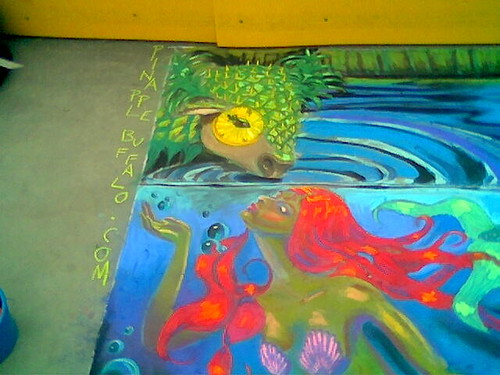 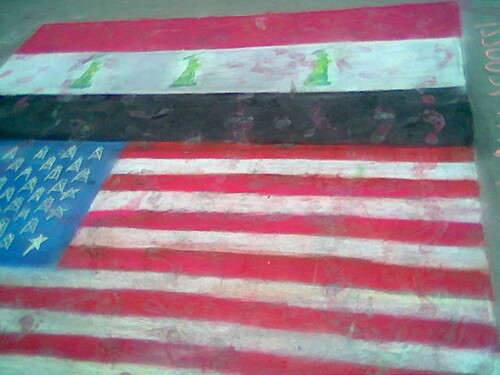 OK, a couple of notes about this: (1) There was a note on the side of this asking people to walk on it. (2) The flag with red, white, and black stripes is the Iraqi flag, except that where the actual flag of Iraq has green stars this has green Statues of Liberty holding rifles. (It's also missing the Arabic text; the actual Iraqi flag says 'God is great' on it.) 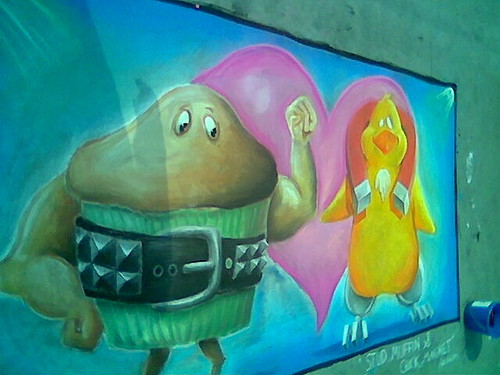