m_ad_g_e very kindly mailed me a bunch of UK editions of Terry Pratchett. (Four months later, the USPS kindly consented to delivery them to me.)

m_ad_g_e's generosity, I have no choice but to pass along the love. So I'm going to give away a bunch of books.

These books can be divided into two categories:

I should note that most of the books in both categories have been read, in some cases many times, and so are not necessarily in the greatest shape -- but on the other hand they have all of their pages and are free. If you want any of 'em, let me know. If different people want the same thing, it'll probably be first come first served. Also, I reserve the right to slip additional books or other treats into the package I send to you, because madge did it to me and it's all one big CIRCLE OF GIVING. 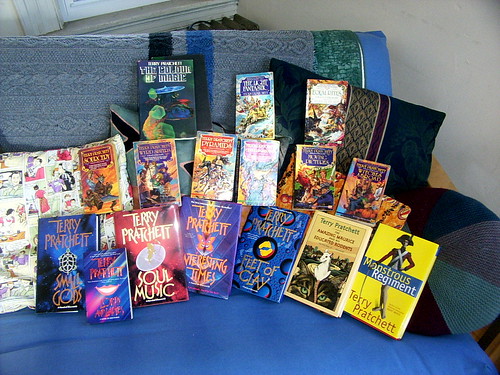 OTHER STUFF THAT I THINK IS GOOD, OR AT LEAST NOTABLE 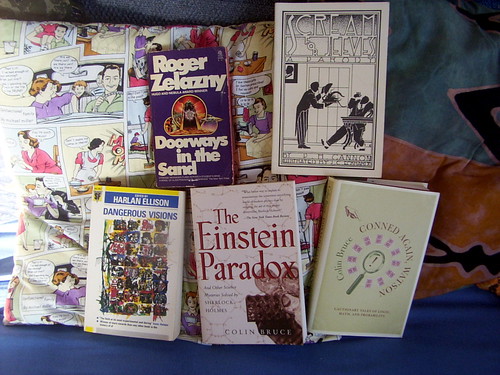